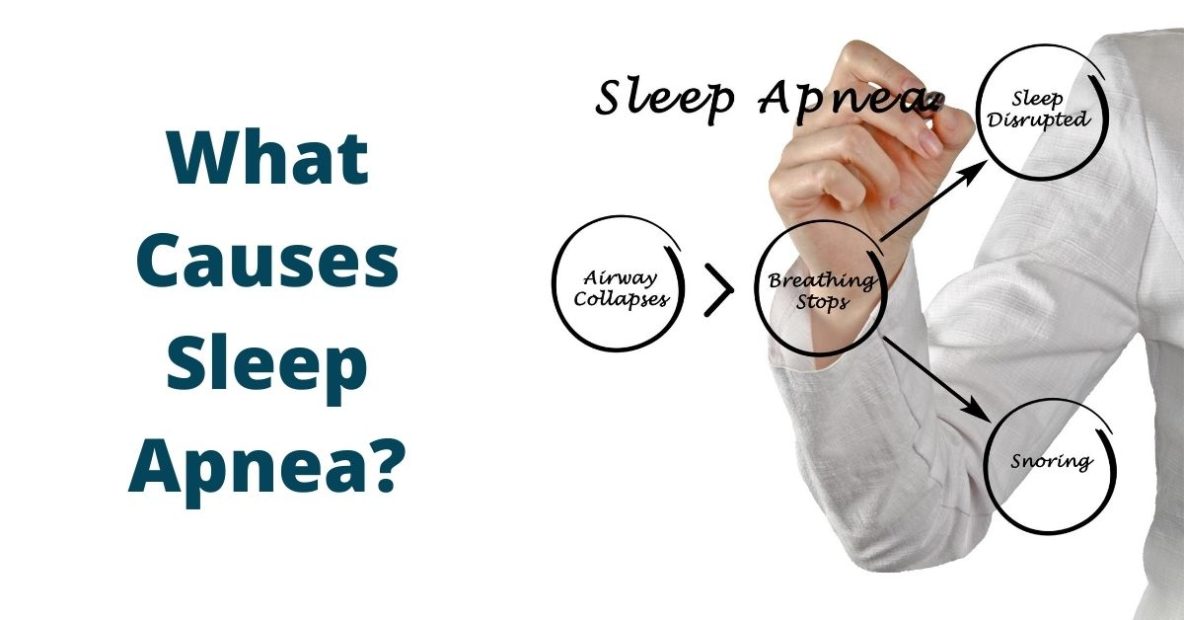 Sleep apnea affects millions of Americans who have trouble sleeping, daytime drowsiness, and fatigue. It’s a serious condition that makes it hard to breathe during the night and can even block the air moving in and out of your lungs. Sleep apnea causes poor sleep as well as a number of other negative health outcomes. Here’s everything you need to know about the types of sleep apnea and what causes it.

There are three types of sleep apnea that can affect your breathing during the night.

Recognizing the Symptoms of Sleep Apnea

Obstructive sleep apnea is caused by a physical blockage of your airways. During sleep, your tongue, throat, and neck muscles may relax, causing the muscles to narrow or completely block your airway! Your breathing can stop for up to several seconds. Then your brain will send a signal to briefly wake up your body, tightening the muscles and restarting the flow of air.

You may only be awake for a few moments, and you won’t remember being awake. This can happen more than 30 times in one hour. Your sleep will be completely disrupted, and even if you don’t remember waking up in the night, you won’t have had a deep and restful sleep

Central sleep apnea can also be caused when the brain doesn’t sense how much carbon dioxide is in the body. When this happens, breathing becomes even shallower and slower than it should be, and your body won’t receive enough oxygen.

Central sleep apnea is usually linked to another health condition, such as a stroke, an illness or infection, an injury that damaged the brain, or even a brain tumor. Some pain medications can also cause central sleep apnea.

Certain behaviors or conditions can increase your risk of developing obstructive sleep apnea. Some of the most common risk factors for sleep apnea include:

These are just some of the risk factors for sleep apnea. If you want to learn more about the types of sleep apnea and the causes of sleep apnea, visit us at Sound Sleep Medical. Find out if you have sleep apnea by taking a sleep test, and explore your treatment options so you can get the sleep you need.