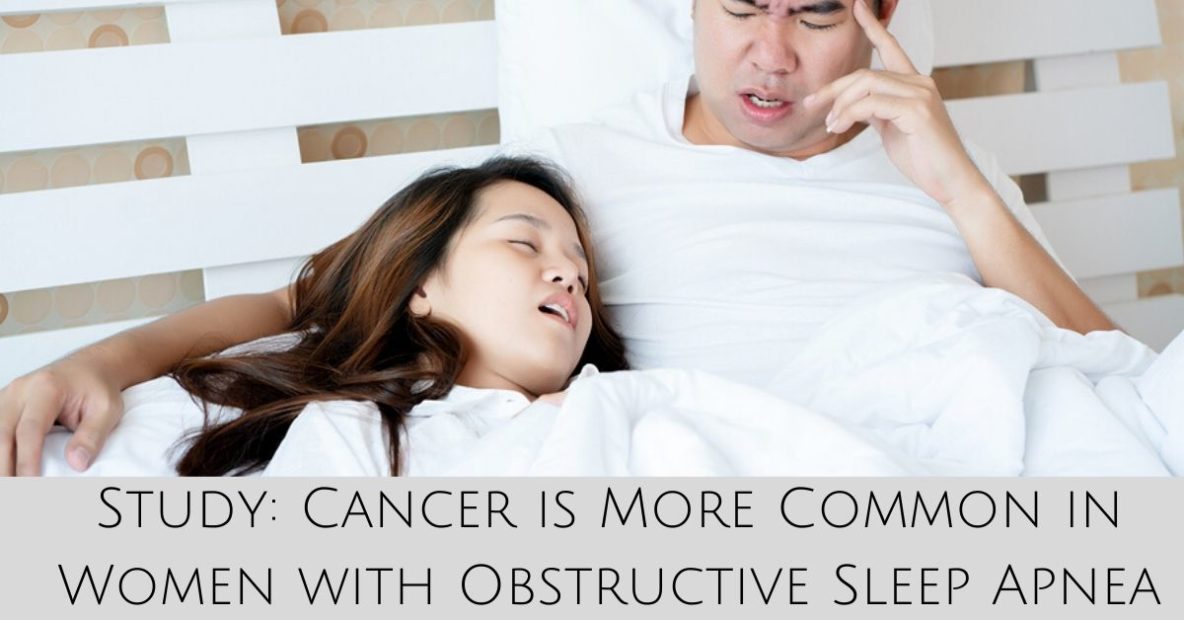 Sleep apnea affects millions of Americans, making it difficult to get a good night’s sleep, and leading to daytime irritability, moodiness, and trouble focusing. There are a number of risk factors that increase the chances of developing sleep apnea, such as being overweight, struggling with allergies, or sleeping on your back. A new study has found that cancer is more common in women with obstructive sleep apnea, and living with untreated sleep apnea could lead to a higher risk of cancer.

The Effects of Sleep Apnea on the Body

Sleep apnea also has an effect on the respiratory system, and sleep apnea and worsen any experience of asthma or obstructive pulmonary disease. It can also lead to an abnormal heart rhythm, increased risk of fatty liver disease, and a weakened immune system.

The researchers analyzed data from around 20,000 adults, found in the European Sleep Apnea Database. Around 2% of adults in the database had cancer, both men and women. Older adults were more likely to have a cancer diagnosis, but even after adjusting for age, the study still found correlations that suggest that gender, body weight, alcohol consumption, and sleep apnea are all linked to cancer.

Exploring the Link Between Cancer and Sleep Apnea

Grote notes that more research needs to be done to understand the gendered connection between cancer and sleep apnea. Particularly, research into breast cancer and uterine cancer could shed a light on the connection to sleep apnea. It’s possible that female hormones, combined with the stress placed on the body during oxygen deprivation due to sleep apnea, could lead to higher rates of cancer among women, and account for a weakened immune system response.

Many people are familiar with the typical signs of sleep apnea, including loud snoring, and daytime fatigue. Signs of sleep apnea include moments during the night when the breathing stops, and waking up feeling a shortness of breath, a sense of panic, or gasping for air. A partner may notice that you’ve stopped breathing for a few moments, and that you wake up with a gasp. If you have sleep apnea, you may awaken with a dry mouth, having night sweats, or experience severe morning headaches.

If you have obstructive sleep apnea, treating sleep apnea as soon as possible will allow you to get the rest you need, keep your body and immune system functioning properly, and lower your risk of developing cancer.

The most effective treatment for sleep apnea is a Continuous Positive Airway Pressure (CPAP) machine, an oral appliance that will direct a steady stream of air through your airway, keeping your throat open, and preventing sleep apnea. A CPAP machine will let you sleep soundly throughout the night, breathe normally, and wake up each morning feeling refreshed. Find out more about sleep apnea, and learn more about your treatment options to lower your risk of developing cancer.