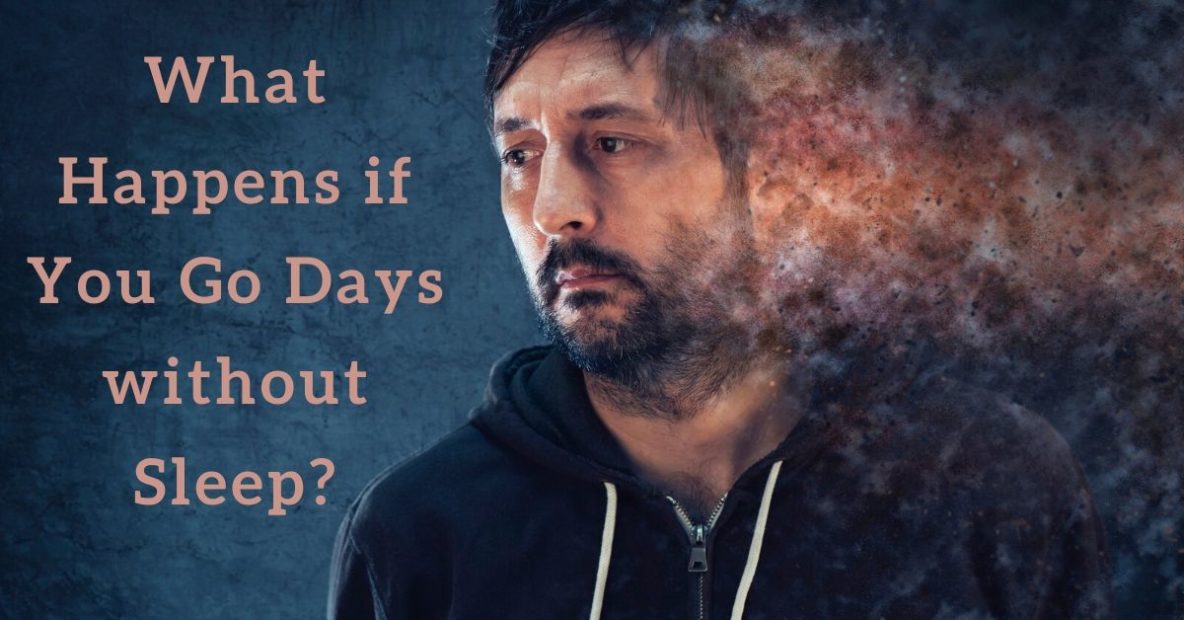 Have you ever wondered about the importance of sleep? If you’ve had a few nights of poor sleep you’ll feel exhausted, but you wonder if sleep is really that important. You probably wish you could get away with fewer hours of sleep, and have more time for all your waking activities, but not getting enough sleep has some major consequences.

In 1963, a 17-year-old Randy Gardner broke a world record by staying awake for 11 days. He was entered in a science fair in San Diego, and to win the fair he decided to do something that had never been done before; stay awake for 264 hours. With the help of two of his friends, he stayed away from beds, kept his eyelids open, and did everything he could to evade sleep. A sleep researcher named William Dement from Stanford University monitored Gardner, and after he’d been awake for 11 days, Gardner was taken to hospital where researchers placed electrodes on his head to monitor the brain waves during his first sleep in 264 hours.

After Gardner’s world record, the Guinness Book of World Records removed this category and no longer allow any new records to be set due to the dangers of sleep deprivation.

What Happens When You Don’t Sleep?

During the first two days without sleep, Gardner felt fine, but on the third day, he woke up feeling nauseous. Soon he was struggling to remember things, and had trouble answering questions. He became very irritable, and even small things were upsetting. Dement gave Gardner a few tests, and they found that his sense of taste, small, and hearing were all being affected. Hie cognitive and sensory abilities also suffered, and though he was physically fit, and could play basketball or engage in other physical activities, the moment he closed his eyes he would instantly fall asleep.

A few years ago, Gardner started to have trouble sleeping. As he battled his insomnia, he relearned the importance of getting a full night of sleep. Suffering from insomnia or sleep deprivation makes it difficult for the body to recharge, feel energetic, maintain a healthy immune system, and metabolize food efficiently. Sleeping poorly also leads to problems in memory and cognition, as well as higher likelihood of diabetes, heart problems, high blood pressure, and depression. Sleep deprivation can even lead to paranoia and hallucinations, and though Gardner is now able to sleep around 6 hours per night, he still feels the effects of sleep deprivation.

The Importance of Consistent Sleep

When Gardner went to sleep after 11 days, his sleep patterns were extremely strange. He spent a huge portion of those 14 hours in REM sleep, and over the following nights he continued to spend more time in REM sleep than normal. Finally, after a few days his sleep waves rebalanced, and his sleep was back to normal.

It’s a common myth that if you lose sleep one night, you can easily make up for it with a longer sleep the next night. Our bodies are able to survive a feast and famine cycle with food, and our bodies store extra calories during feasting periods to get us through periods when we don’t have easy access to food. However, that’s not how sleep works, and there’s no way to store up extra sleep. In fact, what researchers discovered after watching Gardner is that parts of his brain were asleep during the 11 days. While some areas of the brain would be awake and functioning, other parts would be having small catnaps, and that’s how Gardner managed to stay awake without succumbing to any major health crisis.

Have you been sleeping less than 6 hours per night? Avoid all the negative outcomes of sleep deprivation, and visit us at Sound Sleep Medical to find solutions to sleep. With help from our sleep specialists, you can find ways to manage your sleep, and get back to sleeping 7 to 9 hours per night.