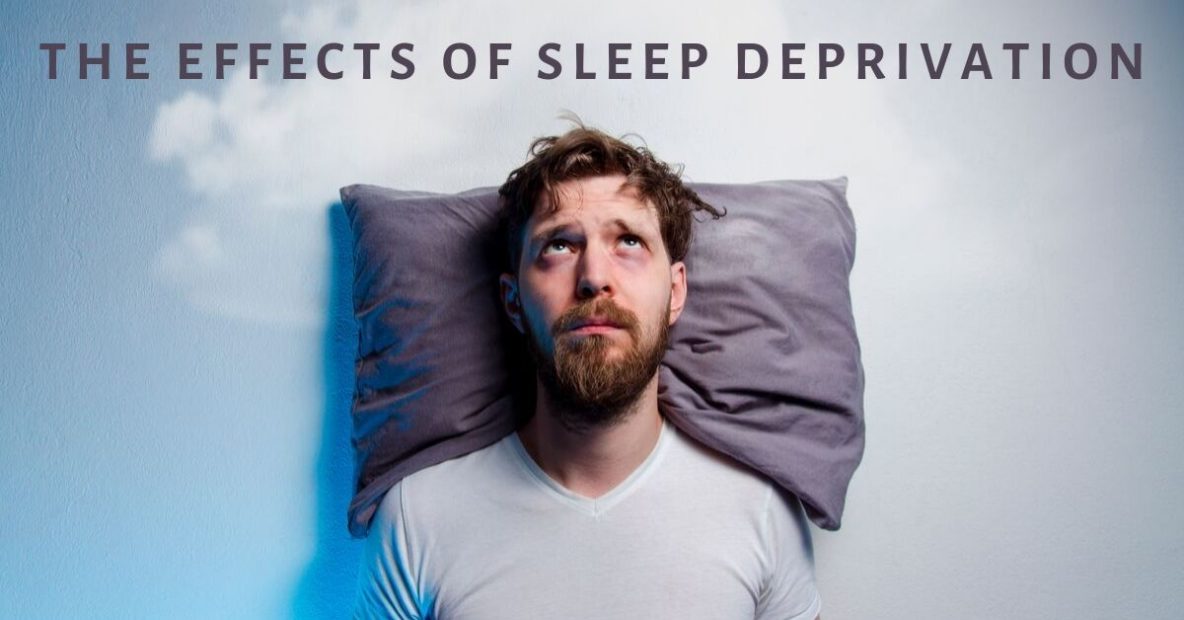 You’ve experienced the negative effects of a sleepless night, and have felt irritable over breakfast and struggled to concentrate at work. If one night of poor sleep can cause such a dramatic effect, what are the effects of sleep deprivation?

If you’re not sleeping well, you will soon be at risk of some major health problems. Sleep disorders have been closely linked to heart disease and heart murmurs, high blood pressure, high cholesterol, and diabetes. Poor sleep is also tied to an earlier onset of dementia or Alzheimer’s Disease, and people who aren’t sleeping well are far more likely to suffer from increased stress, anxiety, and even depression. In fact, people struggling with sleep apnea are 5 times more likely to have depression than people who slept an average of 8 hours per night.

It probably won’t surprise you to learn that sleep affects your safety. Sleep deprivation, fatigue, and lack of focus have been linked to some of the biggest tragedies of the last century, like the nuclear accident at Three Mile Island in 1979, and the Exxon Valdez oil spill in Alaska in 1989. Along with major catastrophes, sleep deprivation causes thousands of accidents every year, and the National Highway Traffic Safety Administration estimates that sleep deprivation and exhaustion account for over 100,000 vehicle accidents every year!

Did you know that sleep deprivation can destroy your sex drive? Adults struggling with chronic lack of sleep or insomnia have lower libido and less interest in having sex. They report low energy, foggy thinking, fatigue, and increased stress as the reasons they’re not interested in sex. Not only that, but one study found that men with sleep apnea not only fight fatigue and irritability, they also have lower level of testosterone.

A lack of sleep not only makes you feel tired, it can make you look far older as well. Sleeplessness ages your skin more than you realize. We’ve all woken up with puffy eyelids, or dark circles under our eyes after a sleepless night, but ongoing sleep deprivation will age your skin. When you’re not sleeping, you feel more stress, and this added cortisol in your body attacks the collagen in your skin, the protein that keeps your skin smooth and elastic. Long term loss of sleep leads to wrinkles and sagging skin, and without sleep your body can’t keep a healthy glow on your skin.

Sleep is essential when it comes to memory, and all your memories are consolidated from short term to long term memories while you sleep. Sleep deprivation can lead to poor memory, trouble with memory recall, and fewer long-term memories.

Sleep deprivation can have a negative effect on your weight. Lack of sleep makes you hungrier, since you’ve been awake more hours and need more fuel. You’re likely to eat more to try to help you focus, or turn to sugar to get you through a fatiguing afternoon at the office. Sleep deprivation and cravings are also linked, and if you haven’t slept well, you’re more likely to reach for high fat, high carb foods to get an energy boost. This can lead to weight gain or even obesity, and open the door to further health problems.

Sleep deprivation affects your ability to make rational decisions, and have sound judgment. When you haven’t slept and aren’t thinking clearly, you don’t always assess a situation accurately. Lack of sleep is often tied to poor judgement. This is especially true when it comes to understanding how sleep deprivation is affecting you! Many people brag about how little sleep they get, and think of it as success when they stay up very late working on a project then get up very early to work out.

If you think you’re functioning well on less sleep, you’re probably wrong. Studies show that people who sleep less than 7 hours per night perform poorly on cognitive tasks, have lower mental alertness, and risk their health and safety. Struggling with sleep deprivation and want to sleep better? Visit us at Sound Sleep Medical and get back to sleeping well.