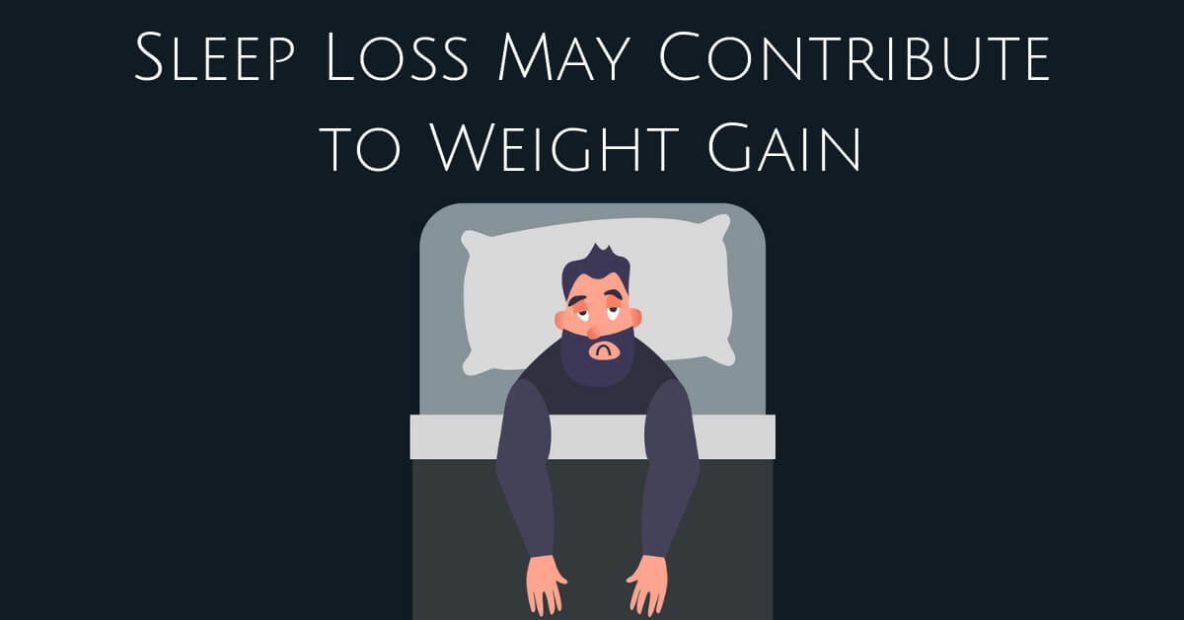 Losing sleep inevitably leads to the feeling of sluggishness, fatigue, and low energy throughout the day. That feeling that you are dragging your feet from one location to the next is evidence that your body is expending very little energy in its daily tasks. However, the lack of energy may not stop there. Metabolism is our body’s ability to use energy in food and to convert it into motion, whether at the microscopic cellular level or at the larger level of muscular body motion. The relationship between sleep loss and weight gain may travel through the intermediary step of the metabolism, and losing sleep may even contribute to weight gain due to this inability to efficiently process the energy in food into bodily activity. A scientific experiment was designed to test this link.

Researchers at Uppsala University in Sweden, led by Jonathan Cedernaes conducted an experiment based on only one night of lost sleep. Fifteen research participants of normal weight were recruited for two lab sessions. In the first session, all respondents slept a full night and had baseline measures taken. In the second session, a randomized half of the group slept a normal night of sleep (more than eight hours), and the other half were kept awake an entire night. Tissue samples were taken from the respondents the morning after this comparative intervention. The tissue samples were tested for a number of things. Subcutaneous fat and skeletal muscle can demonstrate disruptions of metabolism, particularly in cases of diabetes and obesity. Blood samples were also taken to measure metabolites, which include sugar molecules, fats, and amino acids.

The first important result of the study was that sleep loss, even one night, did have an effect on tissue change. Of course, with only a small sample of respondents, the statistical significance of the change cannot be determined. Yet, the findings were quite important. Specifically, the lack of sleep was correlated with changes in the gene expression of the sampled tissue. And, at that, the only tissue affected was adipose tissue, that which would demonstrate the possibility of obesity. All of these findings were quite significant to the researchers, and they sought to find explanations for these changes based on just one night of lost sleep. The tissue and blood samples were compared between the group who had two normal nights of sleep, as well as with the group who had one normal night of sleep and one night of sleeplessness.

The Link with Weight Gain

The researchers found evidence of a process known as “catabolism,” which is the breakdown of skeletal muscle proteins in the skeletal muscle. This breakdown included the ability to process blood glucose. The researchers found this evidence to be a partial explanation or mechanism that might explain the known link between chronic sleep loss, particularly related to shift work, and in increase in obesity and the risk of Type 2 diabetes. Much remains to be learned about the link between sleep loss and weight gain. For example, how much sleep loss can cause these effects? In the study, research subjects lost an entire night of sleep, so researchers are curious to known what effects a short night of sleep might have. One striking element of the study is that the effects were discovered after only one night of sleep loss. Had the subjects undergone prolonged or chronic sleep loss, the effects might have been even more pronounced.

For those who experience insomnia, an inability to achieve restful sleep, or other sleep problems, the good news is that these sleep disorders are often treatable. If you seek out a consultation and potential testing with a sleep specialist, you can reap the benefits of restful sleep once again. The benefits of restful sleep do not stop at the feeling of wakefulness and energy during the day. As these studies demonstrate, other adverse health outcomes may be associated with sleep loss, including weight gain and Type 2 diabetes in this case. Contact us at Sound Sleep Medical today to find out what treatments are available to help you enjoy energetic days and healthy metabolism once again.