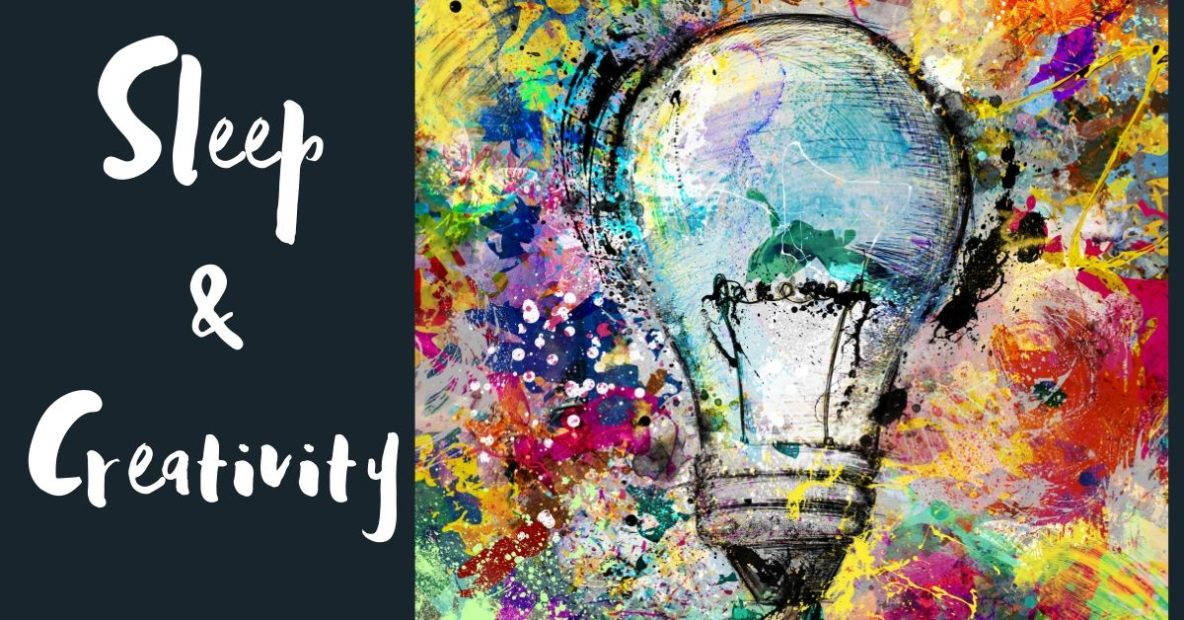 Getting adequate sleep every night is important for your body and your mind. Sleep gives your body a chance to rest, slows your breathing and heart rate, and boosts your immune system. It also lets your brain process all that’s happened during the day, and consolidates short term memories into long term memories. Sleep is also closely linked to creativity.

During sleep we go through repeated sleep cycles. When you first fall asleep, your body enters non-REM sleep. This includes both light sleep and very deep sleep. Next, your body will enter a REM cycle, or rapid-eye-movement sleep, when your brain has a high level of activity that mimics a wakeful state. Most dreams occur during REM sleep. These natural cycles alternate throughout the night, with an entire sleep cycle lasting about 90 minutes on average. If you’ve spent enough time in each stage of sleep, you’ll wake up in the morning feeling refreshed.

Penelope Lewis and her colleagues at Cardiff University have been studying the effects of sleep on creativity. Lewis looked at how sleep promotes creative problem solving, and helps us find new solutions to complex problems. They’ve found that both REM and non-REM sleep are important for creativity.

First, in non-REM sleep, the brain replays memories, consolidating these short-term memories into long-term memories through neural stimulation. During this stage, the brain is also able to make generalizations, such as drawing the conclusion that most dogs are friendly, or that most birthday parties have balloons. The parts of the brain that store information about the general categories of dogs or birthday parties will be strengthened, while some specifics about a particular dog or party may fade.

Second, in REM sleep, brain activation is far more random, and many different parts of the brain may become activated. New connections between neurons can form, or existing connections can be weakened. Lewis and her colleagues argue that this phase is important for creativity, as the firing of neurons allows for discovery of similarities between things you may consciously think are very different.

Imagine you’re stuck on a complicated problem, and finally give up and go to bed. During REM sleep, “the neocortex will replay abstracted, simplified elements, but also other things that are randomly activated,” Lewis explains. “It’ll then strengthen the commonalities between those things. When you wake up the next day, that slight strengthening might allow you to see what you were working on in a slightly different way,” and help you solve the problem you were struggling with the day before.

Putting it All Together

While scientists have said that either non-REM or REM sleep are responsible for boosting creativity, Lewis argues that it’s both. During non-REM sleep, memories are consolidated, and generalizations are drawn from specific details. These generalizations allow you to abstract more complex problems, both when awake and asleep. During REM sleep, these concepts are connected in new ways. When you wake up, creativity will be stimulated, and you’ll find new ways of solving the problem that had you stumped the night before.

So if you’ve been struggling with a difficult problem, don’t stay up all night trying to find a solution. Instead, make sure you’re getting adequate sleep every night. Creative problem solving can’t be rushed, so give yourself time to sleep, and time to do things other than work. This will help your brain draw new connections, and help you find the solution you need. Your brain may draw connections between seemingly random things, and as your dreaming mind explores these connections, your waking mind may discover a creative solution.

Are you a Morning Person?

Many people say they do their best work first thing in the morning. This is another indication that REM sleep and creativity are linked. Problem solving and creativity get a boost in the early morning because you’ve just woken up from a full night of rest. Your waking brain is still processing all the generalities and new connections created during both non-REM and REM sleep, and some of your best ideas will emerge in the morning when you first wake up. Many great creatives, like Salvador Dali and Paul McCartney, cite dreams as having a direct influence on some of their most memorable and creative works.

If you’re having trouble sleeping, contact us today to learn more about our services.