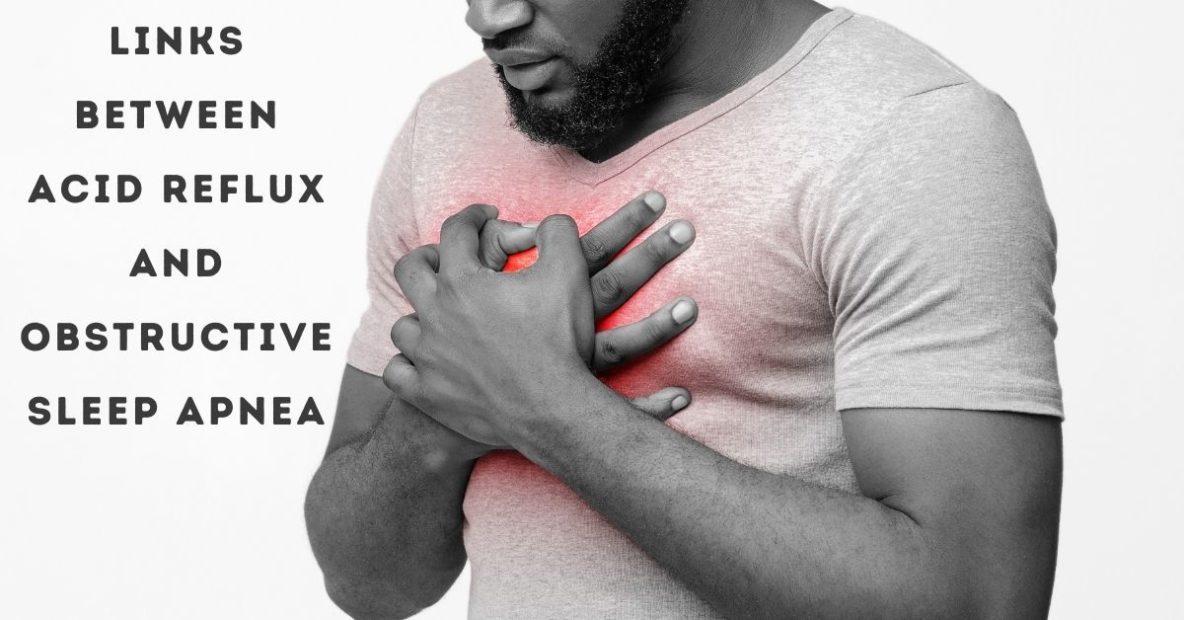 There are a number of different factors that can cause a poor night’s sleep. Mental, emotional, and physical concerns can all impact your ability to get a good night’s sleep. One cause of obstructive sleep apnea is acid reflux.

What is Acid Reflux?

Acid reflux, also called gastroesophageal reflux, is an uncomfortable condition where stomach acid moves back up into the esophagus. If you regularly experience acid reflux, you could develop gastroesophageal reflux disease, or GERD. Acid reflux affects up to 20% of American adults. Over time GERD can damage the lining of the esophagus and can increase the risk of developing cancer.

The symptoms of acid reflux include:

Why is Acid Reflux Worse at Night?

Obstructive sleep apnea is a condition where you stop breathing during the night. You may wake up feeling like you’re choking or can’t breathe. Obstructive sleep apnea is caused when the muscles of the throat relax during sleep. When these muscles are too relaxed, they will actually close the throat and block your airway. Your brain will realize you’re not breathing and wake you up to tighten the muscles and restart the flow of air. You may wake up many times during the night, but not remember having woken up.

Acid reflux can often lead to difficulty sleeping. Most people with GRED find that the symptoms become much worse in the evening, and that the acid reflux will wake them up during the night.

Acid reflux and obstructive sleep apnea are linked. When you stop breathing during an episode of sleep apnea, the air pressure in your lungs will change. This can cause acid reflux, drawing stomach acid back up into your esophagus. Another factor that can cause acid reflux is that you normally breathe harder right after your breathing has restarted. This more forceful breath could also draw stomach acid back up into the esophagus.

Acid reflux can also cause sleep apnea. When you have acid reflux during the night, you may have spasms of the throat muscles and vocal cords that can block the airway and lead to obstructive sleep apnea.

Getting a Good Night’s Sleep

If you have acid reflux and obstructive sleep apnea, visit us at Sound Sleep Medical to find out how you can get a good night’s sleep. You can try making some lifestyle changes, such as avoiding spicy foods, and quitting smoking. It’s also a good idea to finish your last meal several hours before going to sleep so your stomach has more time to digest. Other good tips include sleeping on your left side, improving your sleep hygiene, and treating your acid reflux and sleep apnea.