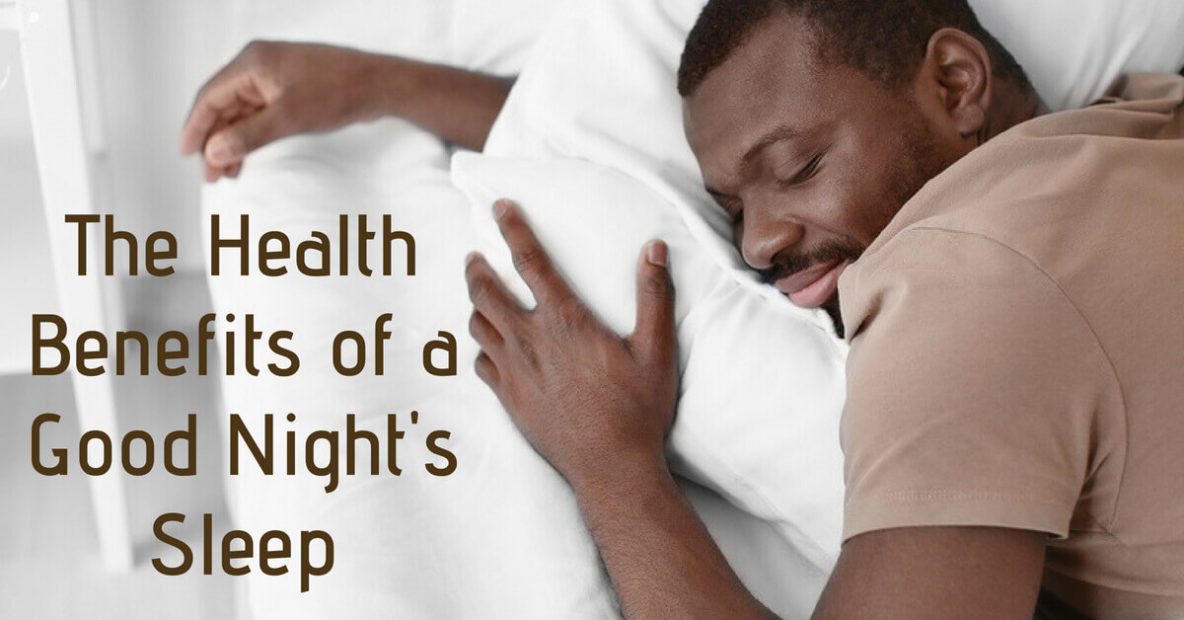 There are serious health concerns with untreated sleep apnea but there are several other sleep disorders that can prevent you from getting a good night’s sleep. The professionals at Sound Sleep Medical have 25 years of experience treating health issues associated with sleep disorders. Its not just bags under your eyes or a poor outlook that results from lack of sleep.

The benefits of sleep

Sleep makes you feel better all around. It pumps up your mood and really does help get rid of bags under your eyes. But its essential, too for your heart health, weight control and even your mental state.

The correct amount of sleep will help curb inflammation. Inflammation has been linked to heart disease, stroke, diabetes, arthritis and premature aging. Research shows people who get six or fewer hours of sleep a night have higher levels of a C-reactive protein in their blood. Elevated levels of that protein are associated with heart attacks. People who are treated for sleep apnea or insomnia show an improvement in blood pressure and the presence of inflammation, according to Dr. David Rapoport, director of NYU Sleep Disorders program.

If you are an athlete, sleep can improve your performance. A study done by Stanford University on football players who tried to sleep at least 10 hours a night during a period lasting a little over seven weeks improved their sprint time and their stamina. They also found they had less daytime fatigue.
The football player study findings mirror the same study findings when swimmers and tennis players did a sleep length test.

If you are dieting and trying to control our weight, plan on an early bedtime. A University of Chicago study determined dieters who got enough rest lost fat during their diet while those who were sleep deprived lost muscle mass. Individuals dieting reported feeling hungry more often when they got less sleep. Dr. Rapoport reports sleep and metabolism are controlled by the same brain regions and when people are sleepy, hormones increase in their blood and those hormones drive appetite.

Too much or too little sleep leads to a shorter life span, A 2010 study of women between the ages of 50 and 79 showed more deaths occurred in women who got less than five hours of sleep or more than six and a half hours of sleep. Sleep better, live longer – that’s the message from a number of researchers.
Avoid accidents by improving your sleeping habits. The National Highway Traffic Safety Administration reports in 2009 that being tired accounted for the highest number of fatal single car crashes where the driver was at fault and this was higher than crashes due to alcohol impairment. Dr. Rapoport said sleeplessness affects reaction time and decision making – two factors necessary for safe driving.

Sleeping sharpens memories or skills you practiced while you were awake. The technical term is “consolidation” Rapoport’s studies show you lean with practice to a certain point and then sleep consolidates that knowledge. So, if you are trying to learn a foreign language or perfect a golf swing – if you practice during the day and get a good night’s sleep that learned information from the previous day will shine through.

Proper sleep also helps with the creative process. Researchers at Harvard University and Boston College found that in addition to the consolidation which helps learn a skill you may be practicing; the brain also does a sort of re-boot while you snooze. It restructures and reorganizes your thoughts which may result in more creativity when you wake up. Along those same lines, restful sleep can improve your grades. Children between 10 and 16 years of age who have sleep disorder breathing issues such as snoring, sleep apnea and interrupted breathing have problems with attention and learning, a 2010 study in the Sleep Journal concludes. Another study shows college students suffering from sleeping deprivation got poor grades when compared to students who were getting a full night’s sleep.

Younger children, in the seven to eight-year age range showed attention deficit disorder symptoms if they didn’t get enough sleep, researchers discovered. Children in that age range who got less than eight hours of sleep were more likely to be impulsive, hyperactive and have attention problems.

Sleep can reduce levels of stress which leads to better control of blood pressure. A good night’s sleep can also help a moody person reduce their anxiety – this also helps curb depression.

Get a Good Night’s Sleep Today

If you believe you are experiencing health and mental issues due to sleep deprivation – or a significant other has advised you your sleep is being interrupted during the night, contact us at Sound Step Medical and get an evaluation. It can only help your all-around health.