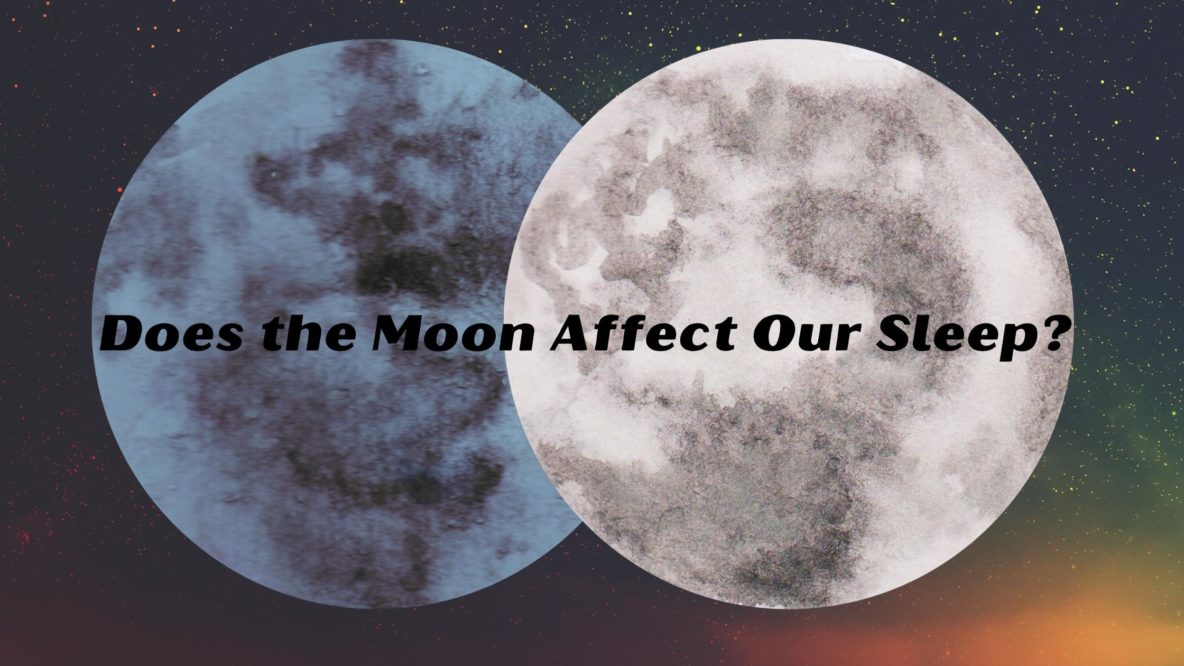 Have you ever wondered if the moon affects your sleep? A new study shows that your sleep patterns can be affected by the moon! This recent study discovered that on the nights before a full moon, we tend to go to sleep later and sleepless.

This study looked at sleeping habits in two different locations. First, they looked at the sleep patterns of people in rural communities in Argentina. These communities had very little access to artificial light, and scheduled their days around natural sunlight. Researchers found that in these rural communities, sleep patterns changed a lot based on the moon. On the nights just before the full moon, people went to bed later and slept the least. Interestingly, the nights with less sleep didn’t happen on or around the full moon, but specifically on the 3 to 5 days before the full moon.

Before artificial light was readily accessible, people would spend a lot more time outside at night leading up to the full moon. The extra light made it easy to move around, work later harvesting crops, or meet with neighbors and friends. The full moon made the days longer for a few days.

Melatonin and the Moon

Researchers aren’t entirely sure why this happens. However, they think it’s likely due to the increased light on the nights leading up to the full moon. In the days before the full moon, the moon rises earlier and makes the evening brighter.  Researchers speculate that the brighter evenings will reduce the melatonin your body produces. With less melatonin on these nights, you will feel more alert, and you’ll stay up later and sleepless.

We’re all very sensitive to light. Our circadian rhythm, or internal body clock, is regulated by light. When we’re exposed to a lot of light, we’re more active and alert. When it’s darker, our body produces melatonin, and we feel more relaxed and ready to sleep.

One of the study authors also discussed how gravity can affect sleep. “We believe that the gravitational pull cycles associated with the lunar month may predispose humans to be particularly sensitive to the effects of light, moonlight, or artificial, on the nights close to the full moon,” one of the researchers explained. However, we know very little about how gravity affects our sleep or our sensitivity to light.

How Does The Moon Impact Your Health?

However, if you normally sleep 7 hours per night or even less, losing 30 minutes of sleep can have some serious effects. The full moon can be problematic for people who have trouble sleeping. It can lead to further symptoms of sleeplessness, such as increased irritability, moodiness, and daytime fatigue.

Are you a light sleeper, or struggling with insomnia? It’s time to prioritize your sleep and get back to sleeping soundly. One of the best ways to sleep better, both during full moons and new moons, is to limit your exposure to artificial light. Your body is very sensitive to the light from your phone, TV, or computer. This light can trick your body into daytime reactions, suppressing the production of melatonin and keeping you awake and alert. Try turning off your devices at least 1 hour before bed, and turn off any bright lights in your home.

If you have trouble sleeping, visit us for more tips on better sleep hygiene, and learn how you can get a great night’s sleep every night.