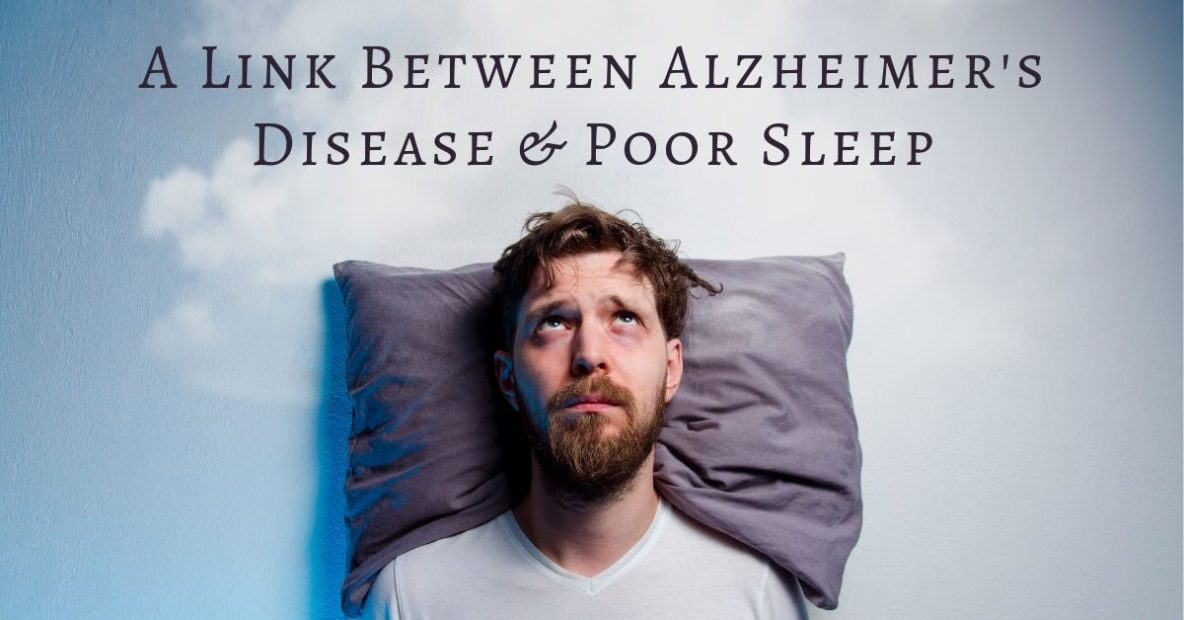 We all experience a sleepless night from time to time, but if you’re having trouble sleeping each and every night, you’re not at your best. Not only does poor sleep affect your mood, focus, and overall health, recent studies have shown a link between lack of sleep and brain health. Researchers are discovering more systems that are affected by poor sleep, and if you haven’t been getting enough sleep, you have an increased risk of developing dementia or Alzheimer’s Disease.

As many of you have experienced, it gets more difficult to sleep as we age. Seniors need to sleep the same number of hours as younger adults, anywhere between 7 to 9 hours per night. However, older adults often struggle to fall asleep and stay asleep. This can be due to various aches and pains, a sore back, or a medication that interferes with sleep. Whatever the case may be, middle aged and older adults have less deep sleep, wake up more often during the night, or wake up very early in the morning and can’t get back to sleep.

Age makes it harder to sleep, and age is also a factor in Alzheimer’s Disease. Scientists are now looking at the links between poor sleep and Alzheimer’s to discover the connection between sleeping and brain health. When you suffer from chronic sleeplessness, brain health is affected in profound ways. Not only that, but those with Alzheimer’s often report having sleep problems. Researchers aren’t sure which comes first, poor sleep or changes in the brain, but recent studies indicate that the relationship goes both ways.

One study performed with older men tracked sleep patterns for three years, and found that those with poor sleep experienced more cognitive decline during the study than those who were sleeping soundly at night. Another five-year study of older women with sleep apnea found that the women who woke up repeatedly in the night due to their sleep apnea had nearly double the risk of cognitive impairment or dementia.

Researchers have a few theories about how sleep and Alzheimer’s influence each other. One theory is that sleep disturbances such as sleep apnea repeatedly deprive the brain of oxygen during the night, and that this can lead to an increase in beta-amyloid cells. Waking repeatedly through the night also means you’ll spend less time in slow-wave sleep, and will have an increase of brain activity, not allowing your brain to process data and rest.

Getting a Good Night’s Sleep

Better sleep could lower your risk of developing dementia and experiencing cognitive decline and memory problems. Sleeping is the most important ways that we rest and recharge, and while our bodies are asleep, our minds are very active, processing information received during the day, consolidating memories and moving them from short to long term memory, and removing metabolic waste that’s built up in the brain during the day’s activities.

On the other hand, not sleeping leads to a host of problems such as fatigue, irritability, anxiety, moodiness, and difficulty concentrating, learning, and remembering. Scientists are examining the long-term effects of sleeplessness on older adults, and they’ve found that the build-up of beta-amyloid protein in the brain, the first stage in Alzheimer’s, is often linked with sleep disturbances. Poor sleep over long periods of time contributes to more rapid cognitive decline, allowing for buildup of these protein cells in the brain, and an increased risk of Alzheimer’s Disease.

The sleep experts at Sound Sleep Medical are dedicated to helping you get a great night’s sleep every night. We want you to wake up full of energy, feeling well rested and ready to tackle the day. Sleep is critical for your over-all health and wellbeing, mood, and physical and mental health. Have you been struggling to fall asleep, or wake up repeatedly during the night? We’ll analyze your sleep to determine if you have sleep apnea or another sleep disorder. We’ll also give you some tips on good sleep hygiene that will help you fall asleep more easily, and sleep soundly through the night.

Don’t settle for poor sleep, but visit us today for great sleep, and reduce your chances of developing Alzheimer’s Disease.